Street art is a staple of any city’s artistic presence, and new residents can get a feel of Houston by gazing at the various colors the city is composed of. Rated the most diverse city in the U.S. by WalletHub in 2019, the same sentiment extends to the various artists and stylistic choices that create the city’s local art scene. Whether crafted by unknown, independent artists or commissioned by professionals, each art wall in Houston has a story in itself that reflects the citizens’ values and personalities. Show off your new home to your friends on social media by celebrating its vibrancy — the famed mural walls of Houston are not only inherently Instagram-worthy, but also rich in the city’s culture.

The vibrant salutation sums Space City up nicely. Local artist Daniel Anguilu, whose work is inspired by his travels as well as his Mexican heritage, incorporates Houston’s iconic imagery into a warm and welcoming design. By blending color with creativity, Anguilu makes home an area of animation and endless possibility. 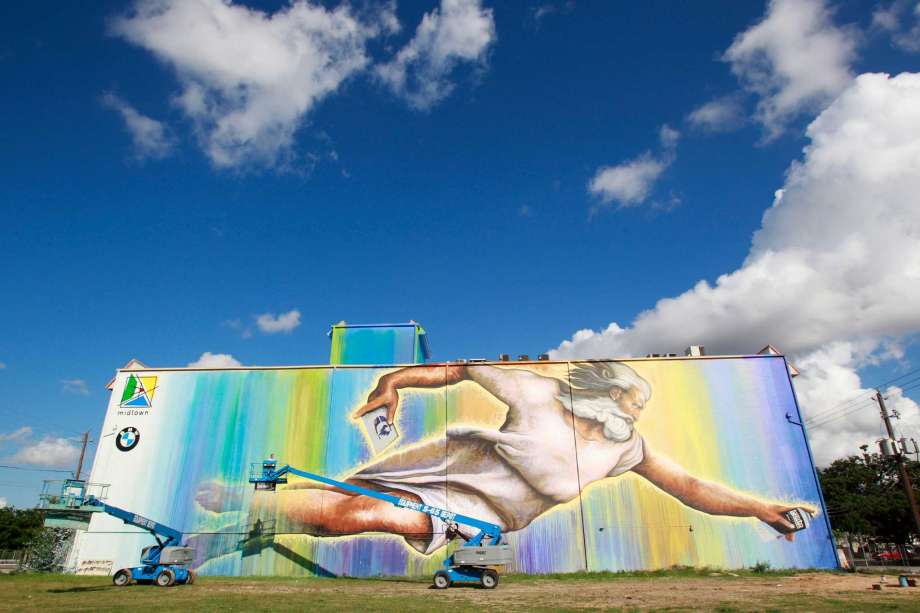 Photo courtesy of The Houston Chronicle

The biggest mural in Houston is an ode to preservation and conservation. Urban real estate developer Adam Brackman enlisted muralist Sebastien Boileau to create a piece of work that emphasizes the importance of transitional neighborhoods. Boileau’s work is inspired by Michelangelo’s “The Creation of Adam,” and its looming nature towers over the constantly-developing city. 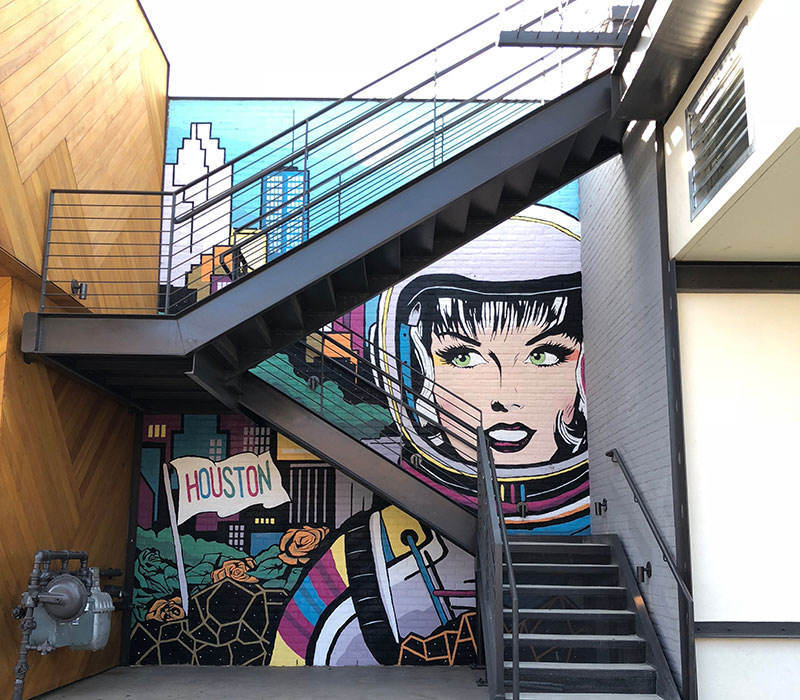 By DUAL and 29Letters 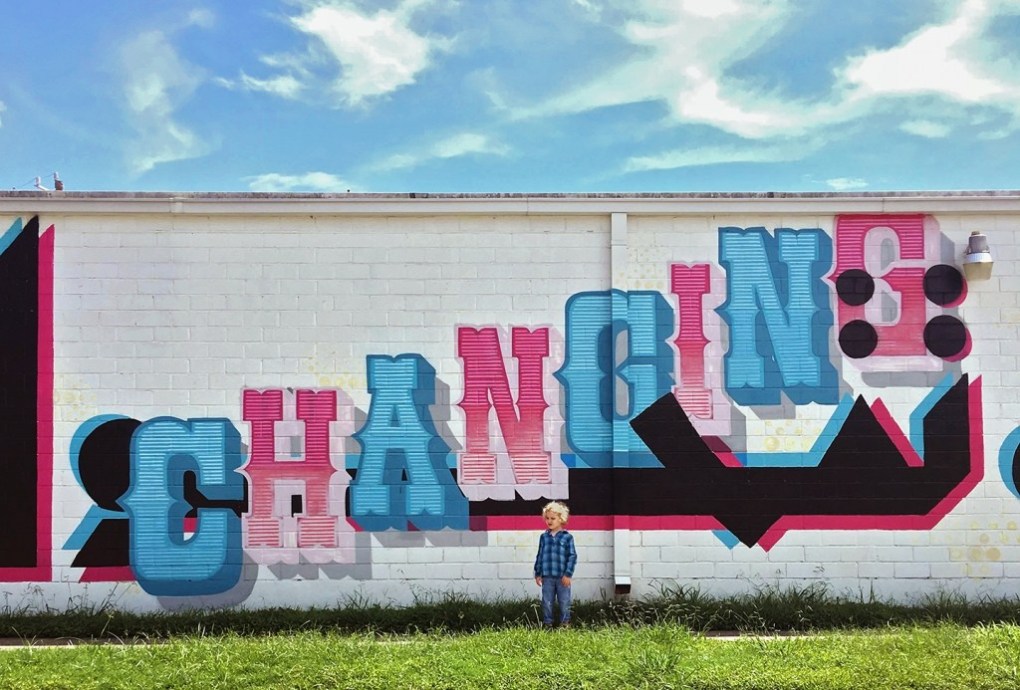 The collaborative piece by pseudonymous artist DUAL and award-winning design studio 29 Letters uses bold and bright lines to symbolize diversity as well as the branching away from normative society. The studio, which specializes in contemporary Arabic and multilingual typography, wanted to create a project that bridges the divide between languages, ethnicities, and nationalities, resulting in something representative of Houston’s own diversity. 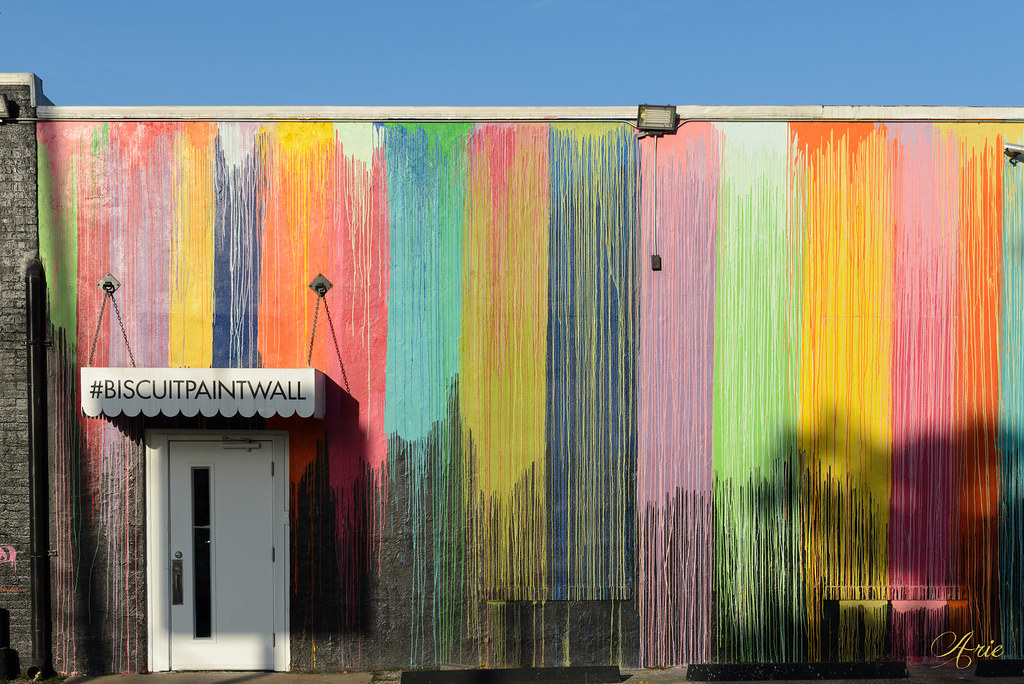 The colorful paint wall is a staple to the city’s street art scene. Widely considered one of the most Instagrammed walls in Houston, the dripping rainbow is a sure hit with your friends online to fawn over from afar. 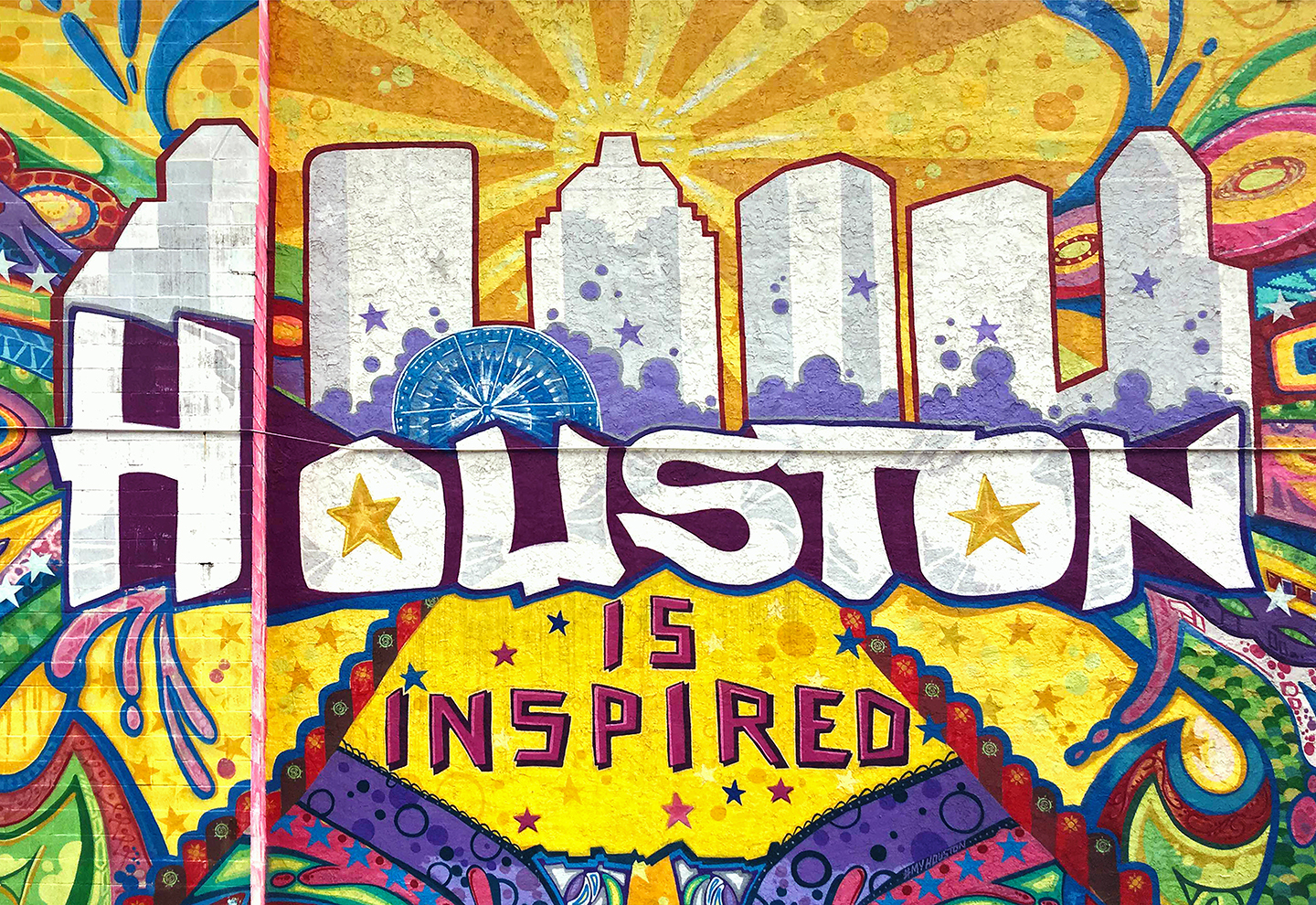 The famed mural rests at the heart of downtown and was created by Mario Figuera Jr., also known as Gonzo247, one of the unofficial curators of Houston’s street art scene. The colorful wall was made as a result of the Greater Houston Convention and Business Bureau’s “Houston is Inspired” initiative, which emphasizes the city’s thriving culinary and art scene. 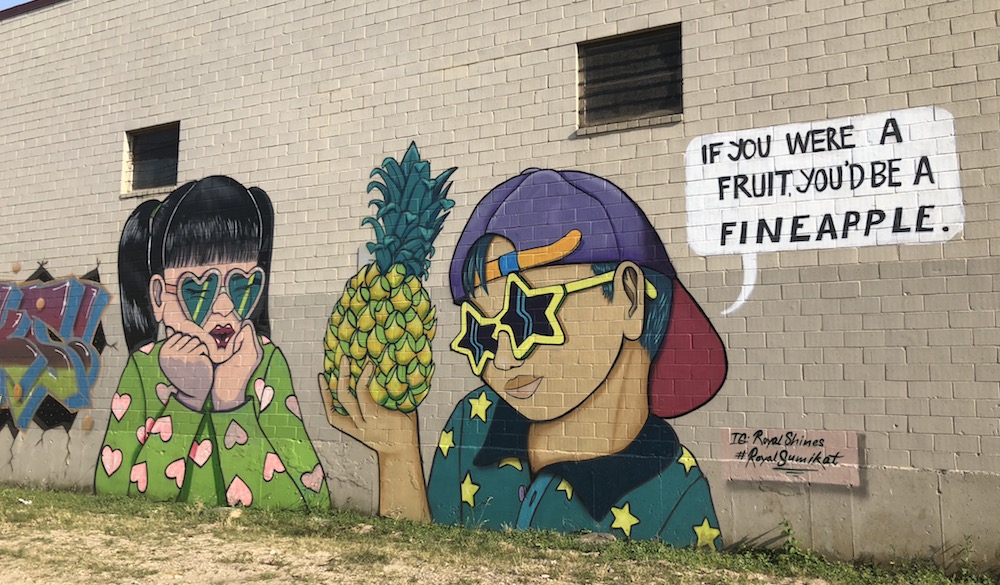 By Zosen and Mina Hamada 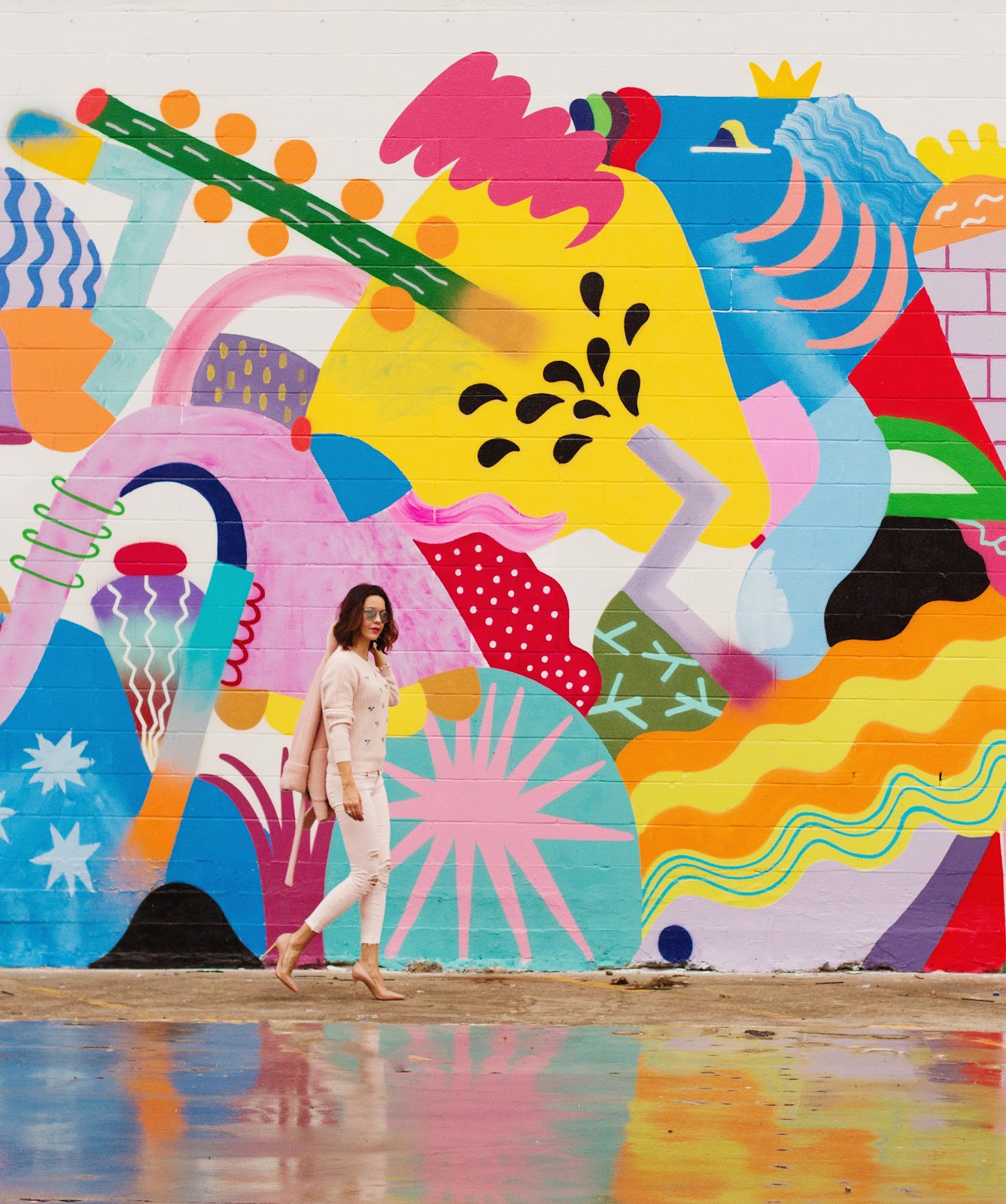 The abstract and bubbly beach wall was made by Barcelona-based husband and wife duo Zosen and Mina Hamada for Houston’s Hue Mural Fest. It goes to show that Houston welcomes a variety of international talents, especially when contributing to the liveliness of the city.

By The Secret Group 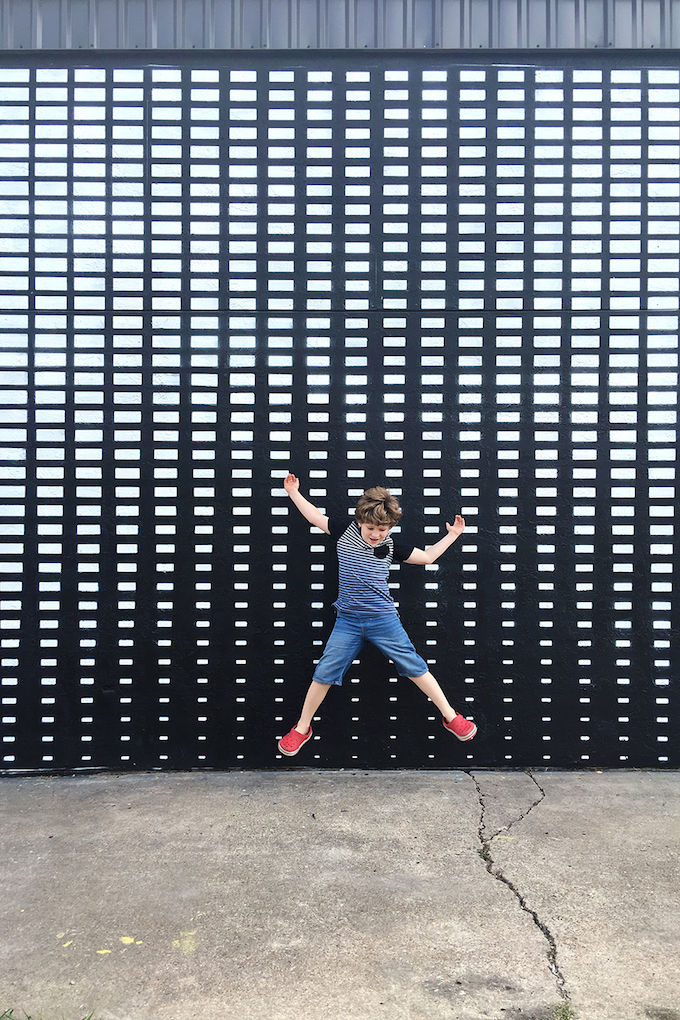 Lining the outer walls of popular nightclub The Secret Group is a dramatic pattern of black and white that serves as a somewhat optical illusion for those who gaze at it. Let the lines entice you to a weird and wonderful night out and find yourself fully embracing the quirks of Houston.

RAIL TO THE SEA

Mumbai native Janavi Folmsbee covered a 5000 sq. ft. wall with an abstract design reminiscent of marine characters as a love letter to the vibrant arts community of the First Ward and Sixth Ward, as well as the Washington Avenue Arts District. After developing strong roots in Houston since moving to the city, her work for the See Houston, Love Houston, Be Houston project contributed to their goal of making work that brings diverse dialogues, fosters collaboration, and improves the quality of life for all Houstonians. 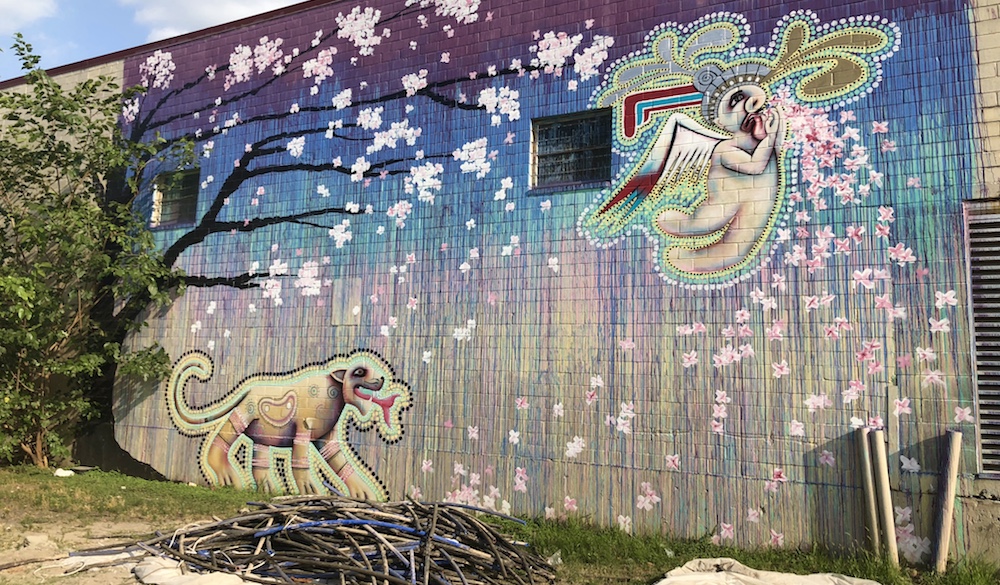 Miami-based artist Luis Valle amplifies the narratives of indigenous cultures, spirituality, and shamanism with delicately-painted imagery. With his work featured nationwide, Valle centers on the essence of the soul in every commissioned piece. 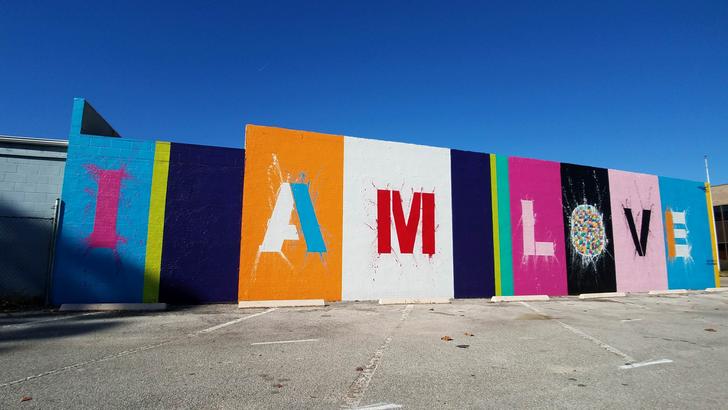 Commissioned by YogaWorks as part of Ruban Rojas’ #BeautifyEarth campaign, the colorful wall sends a message of inclusivity and conservation to the citizens of Houston. The artist’s mission to transform intention into action is undeniably present in his various bodies of work scattered throughout the city. 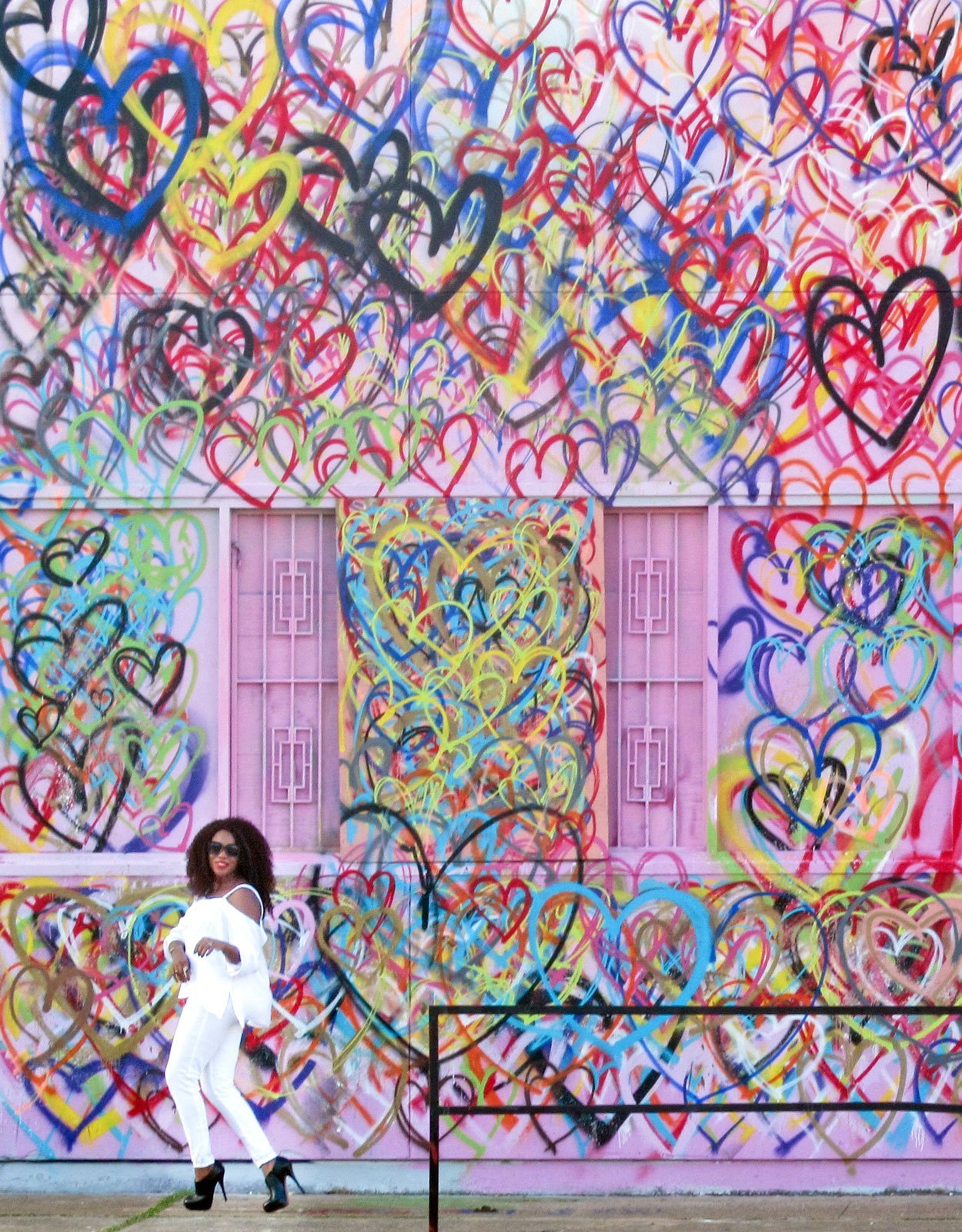 Another essential for your inner influencer, the Love Wall sends a message of compassion with its multitude of bold colors. It may be that every heart spray painted on the wall symbolizes one of a Houstonian — in that case, you’re in good hands.

By Phoebe Cornog and Roxy Prima of PANDR Design Co. 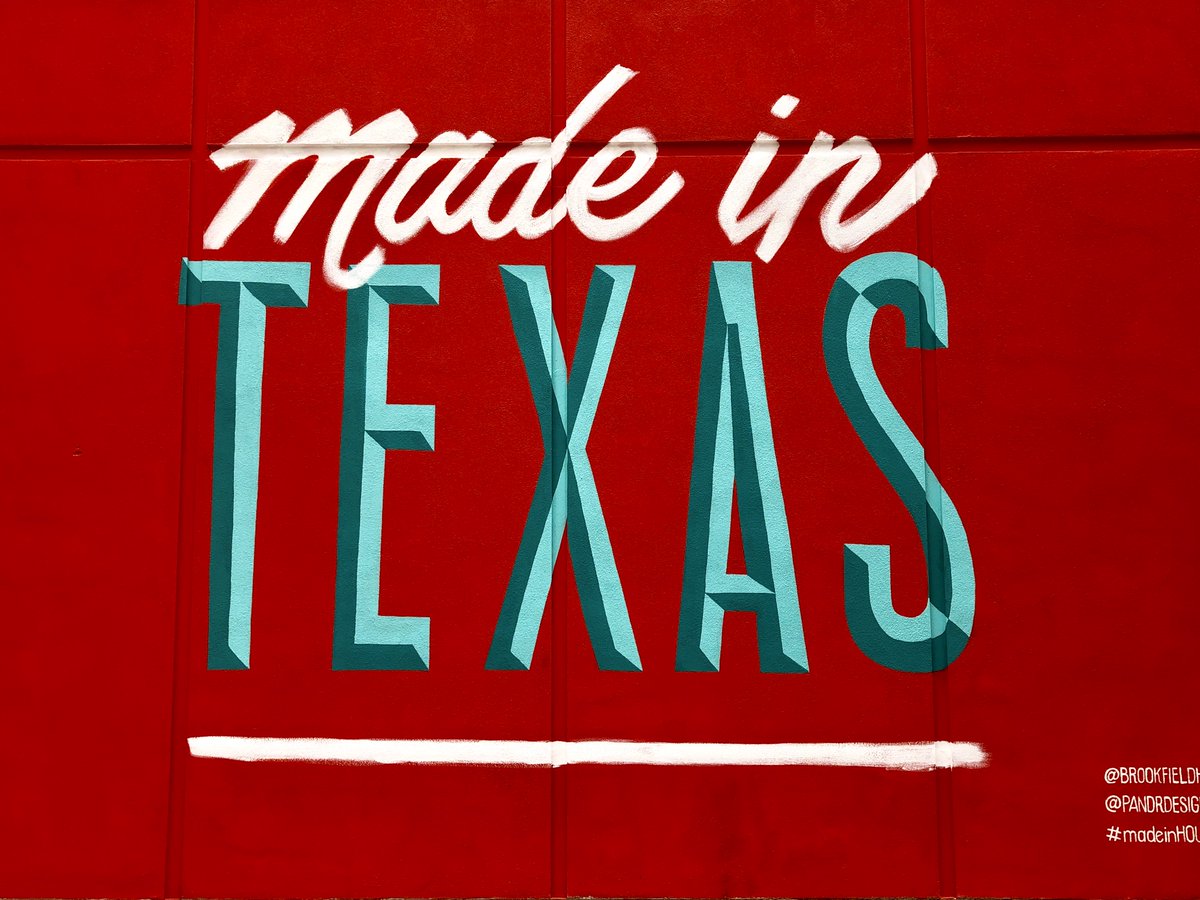 The six modern murals that line downtown Houston chicly display Texan pride with various Southern sayings. The monochrome coloring paired with the whimsy typography has the power to brighten both the surrounding area and your day.